Most of us have heard of a Hard Drive when it comes to computers, but what is an M.2 SSD?

M2 SSD can be broken into two technologies which you need to under stand, the “M2” and the “SSD”

Before we look at M.2 SSD dont forget to check out the huge range on Amazon by clicking here, prices have dropped a lot in recent years and at the time of writing this you can bag a 1TB M.2 SSD for about $100.

My personal choice and what im currently using in my computer is the Western Digital 1TB Blue, also pictured at the top of this page.

What is an SSD?

An SSD is the type of media which data is stored on, in the good old days (a few years ago) most computers used a Hard Disk Drive or HDD for short.

HDD had a spinning disk a bit like a record player but more advanced, an electrical charge could be added to the surface of the disk and that was your data. The disk spun and just like a record player a needle would read or write the data. This was a very slow process (about 80mb/s) and with all the moving parts susceptible to breaking.

An SSD, or Solid State Hard Drive doesn’t have moving parts, the data is stored on computers chips on a circuited board. because there is no moving parts they are a lot more reliable. Also as there is no disk which you have to wait to spin around to access the data it is a lot faster, in most cases about 4x faster (250mb/s). Some SSDs can have read and write speeds over 2000 mb/s, this is where to socket type come into play.

The M.2 is the name of the socket that the SSD plugs into so lets take a look at sockets.

IDE – This is a very old socket type which isn’t used in modern hard drives, lets leave it at that and not worry about them.

SATA – This replaced IDE and is still the most common type of hard drive socket however it is no longer fast enough to keep up with the speed of modern hard drives.

PCI – this is a very fast socket on your computer, PCI & PCI- Express are mainly used by graphics cards. The issue is if you want a powerful computer with graphics you often then had no PCI socket for an SSD.

M.2 – This little baby is is what we can use to plug in modern SSDs. Its a tiny socket which is very fast, it also means your PCI socket is still free for a top of the range graphics card.

A M.2 SSD plugs directly into the socket, there is no cable. this means that an M.2 SSD looks very different to the standard 2.5″ drives of the past and look more like a small circuit board.

M.2 SSDs also come in different lengths. As the socket is tiny the width of the SSD is restricted so the only way to have a bigger SSD is to get longer. When buying a M.2 SSD its very important to check that the length of the SSD is supported by the motherboard. 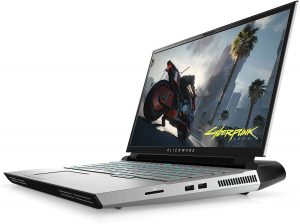 There are 3 different methods for downloading and installing your 2023 Autodesk software which includes the likes of Autocad, Revit

5 Steps To Create A Detail Family In Revit